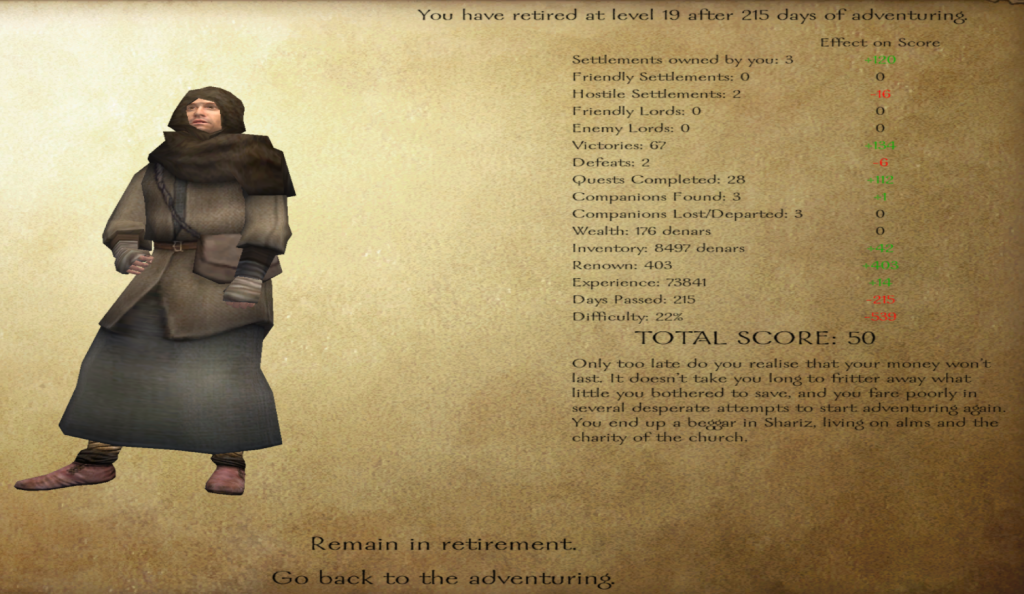 I had conquered two castles since my last post and was on my way to securing Swadia’s West end (near the mountains). I had control over one of the castles in the mountain passes and was about to take a castle more inwards to Swadia that was taken by an enemy previously.

I failed, and everything began to crumble. My castles went under siege, my town (Ayikke) has remained looted up ’til this day. Having no soldiers in reserve and little money to my name, I felt now would be a good time to end this play through.

The timing is actually quite nice by ending this play through at the end of the month. I think I’ll start a new play through on this game every month to see how far I can get, and who knows? Maybe I’ll switch up the games every month too.

For my next game I think I’ll take a more nomadic approach. I’ll be focusing on getting around quickly, building up my economy, and then starting my own kingdom. 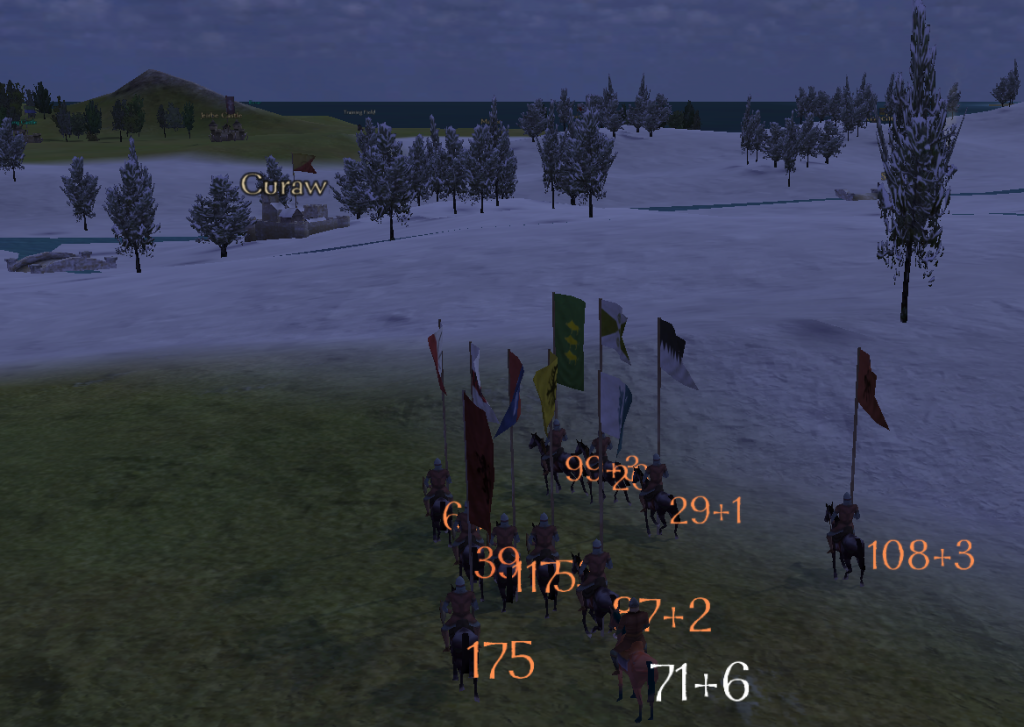 Current day as of writing this: Day 106

After many defeats we finally went on the offense. First we took Reyvadin (town just behind me in the picture above), now Curaw. These two victories led to my good standing with King Harlaus and let me become a Vassal to him.

I was given the fief for Ayyike and it was a sorry sight. It was raided just as I was given it and so I couldn’t do anything but wait. I will say this, its location may be close to the enemy, but at least its very close to a town which should limit the amount of bandit attacks.

Current day as of writing this: Day 69 (hue)

As you can probably guess, being at war with every kingdom isn’t always the best thing. The Kingdom of Swadia has been getting hit pretty hard and our economy is near collapse (even my owner businesses are taking a hit). While we may have powerful armies, we’re slow to adapt to changing tides, and even slower to organize our armies to fend off attacks.

Peace is what Swadians need, however war is what pushes us forward. 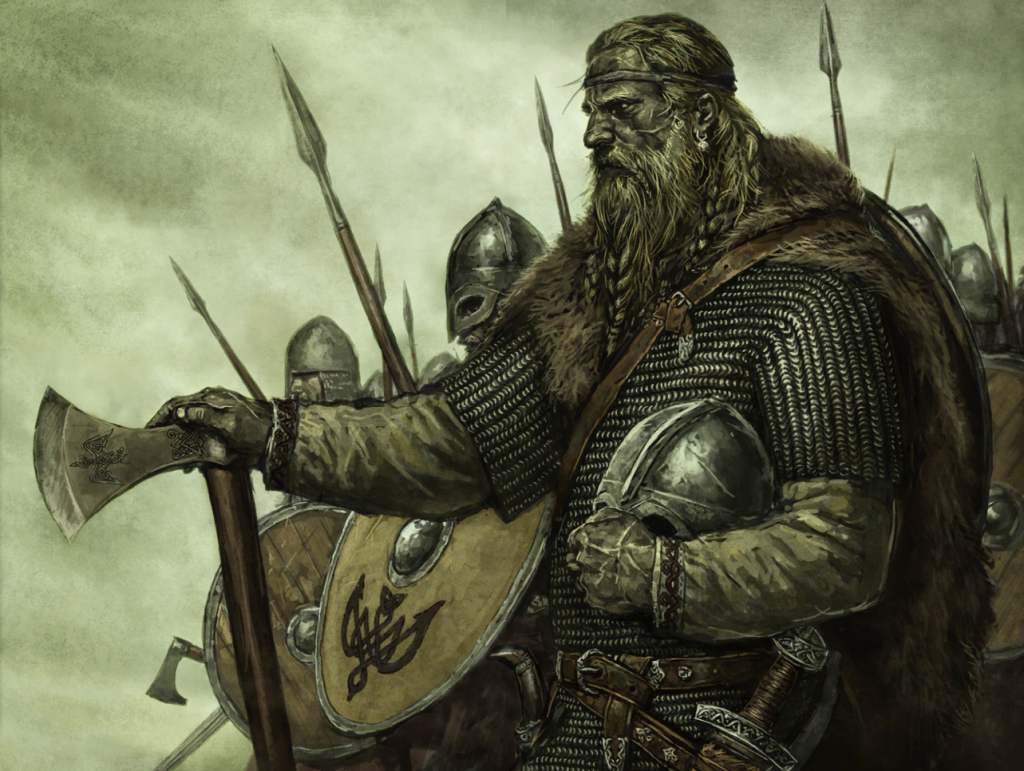 So I’ve been getting into the game Mount & Blade: Warband and I thought I’d start a new series with my blog on how things go. This isn’t a fresh start from when I’m writing this post.